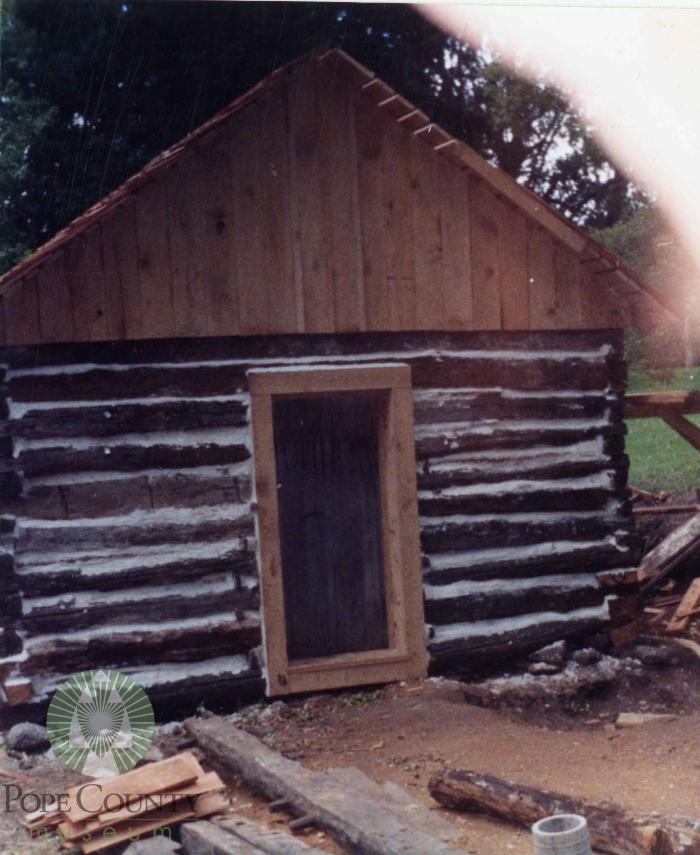 Photograph of the restoration of he Urjans Iverson Cabin in Gilchrist Township. This image shows the framing of the door and the chinking of the logs.  It was built in 1866 out of logs from the abandoned Fort Lake Johanna. Two years later, the Iverson Family moved out and the cabin was used as the first school building for District #13 and the first church for the Lake Johanna Lutheran congregation. (Now West Lake Johanna.)  In 1991, the cabin was restored, using logs from the log granary at the Gregor Halvorson farm. The granary was also built with logs from the abandoned fort.